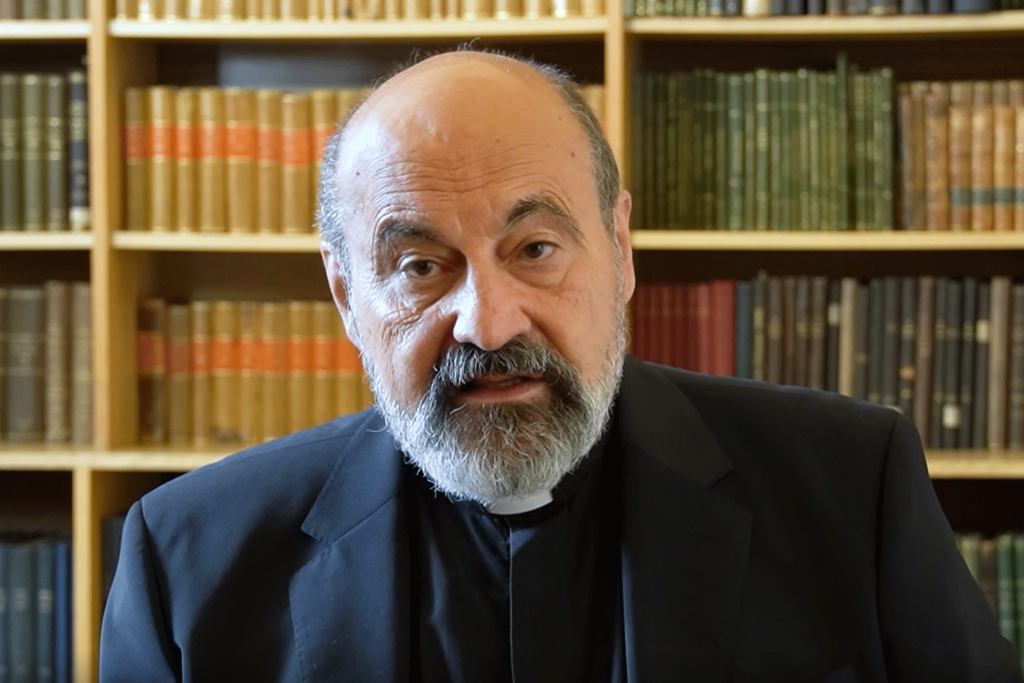 Msgr Tomáš Halík – IN ANIMO CONTRITO. The phenomenon of abuse in a wider context

In a spirit of humility and with a sorrowful heart – in spiritu humilitatis et in animo contrito – we want to touch on one of the most painful wounds of the Church. Even the mystical body of the risen Christ bears wounds, and if we ignored these wounds, if we did not want to touch them, we would not have the right to say with the Apostle Thomas, “My Lord and my God!” A Christ without wounds, a Church without wounds, a faith without wounds, is just a diabolical illusion.
With confidence in the healing and liberating power of the truth, we want to touch the wounds that the official representatives of the Church have inflicted on the defenseless, especially on children and adolescents; in doing so, they have also inflicted slow and hard-to-heal wounds on the credibility of the Church in today’s world.

The gradually revealed, long covered up and trivialized pandemic of sexual, psychological and spiritual abuse, abuse of power and authority by members of the clergy is one aspect of the deep crisis of the Church in today’s world. It is not a disease of individuals; it is a disease of the system. It needs to be seen in a broader context and can only be overcome by courage to reform the many related problems concerning the level of the theological, pastoral and spiritual understanding of the Church and the priesthood. Disciplinary measures alone will not solve the problem.

It is not a marginal aspect. The phenomenon of abuse plays a similar role today as it did in the high Middle Ages with the scandals of the sale of indulgences that precipitated the Reformation. What at first seemed to be a marginal phenomenon clearly reveals today, as it did then, even deeper problems, the maladies of the system: the relations between Church and power, clergy and laity, and many others. The situation of the Catholic Church in our civilization today strongly resembles the situation just before the Reformation.

The Church needs a profound reform. If we limit reform to questions of institutional change, it could remain on the surface or lead to schism. The “Catholic Reform” of the 16th century should be taken as inspiration – it’s essential component was a deepening of spirituality (recall the role of mystics such as Teresa of Avila, John of the Cross and Ignatius of Loyola), but also a deepening of pastoral style and episcopal and priestly ministry (recall Charles of Boromea and others).

The Church attempted at the Second Vatican Council to reform its pastoral style and its relationship to the modern secular world. It understood that waging a culture war against modernity was leading the Church into the dead end of history. She attempted a “transition from Catholicism to Catholicity.” This reform remained largely misunderstood and unfulfilled, especially in countries under communist rule. In these countries in particular, the system of clericalism has not been overcome.

The Council’s efforts to come to terms with the modern world came too late. While modernity peaked in the 1960s (with the Cultural Revolution of the 1960s), modernity ended soon after. The Council did not prepare the churches for the new postmodern age. Today the whole socio-cultural context has changed. The churches have lost their monopoly on religion. Secularization has not destroyed religion, but transformed it. The main competitor of the Church today is not secular humanism, but new forms of religion and spirituality that have emancipated themselves from the Church. The Church is finding it difficult to find its place in a radically pluralistic world. In particular, churches marked by the communist past find it very difficult to understand this world. (The current dramatic secularization of Polish society is a case in point.)

There are great differences among the churches of the post-communist world; hard secularization during communism and “soft secularization” in the post-communist era have taken place and are taking place with varying intensity. There is a great temptation of nostalgia for pre-modern society and a dangerous alliance of the Church with populist and nationalist currents in politics.

Sexual abuse is only one aspect. The Church’s response to the sexual revolution of the 1960s was fear and panic. The emphasis on sexual morality became the dominant theme of preaching, and there was a gap between the Church’s teaching and the practice of many Catholics, including priests. Pope Francis called it a “neurotic obsession”.  The reaction of the secular public was: Look within your own ranks.  The Church began to address the hypocrisy and scandals late, only in response to the exposure of these phenomena in the secular media.

Msgr. Tomáš Halík (born 1948 in Prague) is a professor at Charles University in Prague, president of the Czech Christian Academy and pastor of the Academic parish of St. Salvator.

Under the communist regime, he was secretly ordained a priest  in Erfurt (East Germany), then served in the “underground church”. He was one of the closest collaborators of Cardinal Tomášek. After the fall of the communist regime in 1989, he was Secretary General of the Czech Bishops’ Conference. Pope John Paul II appointed him advisor to the Pontifical Council for Dialogue with Non-Believers (1990); Benedict XVI named him Honorary Pontifical Prelate (2008).

He has received numerous international awards for his contribution to the Church in times of persecution, for his literary work, and for dialogue between religions and cultures, including the Cardinal König Prize, the Romano Guardini Prize, the 2010 Best Theological Book of Europe Award, the honorary title of “Man of Reconciliation” for Christian-Jewish dialogue, the “Per artem ad Deum” medal from the Pontifical Council for Culture, and the Templeton Prize (2014). He holds honorary doctorates in theology from the universities of Erfurt and Oxford. His books have been translated into 19 languages.