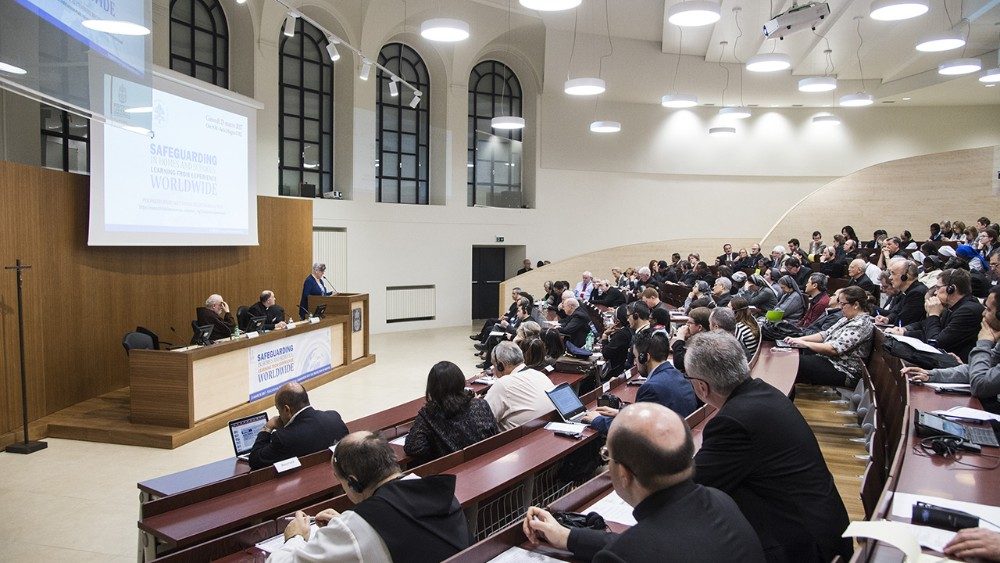 ‘Our Common Mission’: a regional meeting on the protection of minors

Since early 2017, Professor Hanna Suchocka and other Members of the Pontifical Commission for the Protection of Minors have been organizing a regional meeting on the protection of minors for Central and Eastern Europe to be held in Warsaw in September. She recounts how this conference came about.

The Pontifical Commission for the Protection of Minors (PCPM) was established in 2014 as an advisory body at the service of the Holy Father. The mission entrusted to the PCPM is “to propose initiatives to the Roman Pontiff…for the purposes of promoting local responsibility in the particular Churches for the protection of all minors and vulnerable adults” (Statutes, Art. 1). The PCPM’s main concern from the start was how to find the best way to protect children and how to help the Pope and the Church achieve this goal. Its role, however, is not to take any responsibility for individual cases of abuse (which is the competence of a prosecutorial body or a court).

It became obvious that in many cases, the behaviour of the Church, which was intended to defend itself, was plunging it further and further into harm’s way, thus causing damage. The greatest resentment has been caused because those in positions of authority have protected reputations and tried to avoid scandal by covering up and relocating perpetrators (moving abusers), leading to other children being abused rather than protected. Thus, the PCPM agreed on general fundamental principles: credibility, transparency, responsibility, accountability. Anyone who has responsibility for others must be held accountable, in a transparent way, for how they use their authority, rather than self-regulating behind closed doors. This includes the regulation of the professional aspects of their roles, such as pastoral, teaching, counseling and community involvement.

In its first period, the PCPM undertook a number of activities and initiatives that touched on general problems, such as the pontifical secret and mandatory reporting. At the same time, it launched several local initiatives. Efforts focused mainly on areas already in the public eye – for example, Chile. The PCPM was involved in the organisation of several projects and conferences such as a Latin American Safeguarding Conference in 2017 co-hosted with the Archdiocese of Bogota, with the participation of CLAR, CELAM, Catholic Schools, government entities, international and local NGOs, international media and other Christian denominations. It then moved into research to assess the status of implementation of safeguarding education and formation in Catholic schools, beginning with pilot projects in South Africa, Colombia, India, the Philippines and Tonga.

Towards Central and Eastern Europe

In a certain sense, Central and Eastern Europe remained outside the Commission’s main field of interest during that initial period. Whereas initially it seemed that the Churches in the region were spared these problems, it later became evident that this, however, was not the case.

The idea – the need – to organize a conference for this region originated toward the end of 2017, prior to the international “Summit” held in the Vatican. “Our common mission of safeguarding God’s children” was initially planned for February 2019. Due to the February meeting convened by Pope Francis, the Conference was postponed until 2020. Unfortunately, the pandemic made it impossible to organise it in that period, which led the PCPM to approve holding the Conference in September 2021.

It was already clear in 2017 that the phenomenon of sexual abuse was much broader in scope in Central and Eastern European countries and that it was not limited to just one country. Hence, the PCPM, agreed it was important to organise this Conference on a wider regional level. Furthermore, due to the size and importance of the Church in Poland, as well as the number of cases that have come to light there, it was decided that the Conference would be held in Warsaw, but that it would not focus solely on the situation in Poland.

Within the region there are different countries, different religious situations and different ecclesial communities. Notwithstanding this diversity, the problem of the sexual abuse of children exists on a different scale throughout the region. In order to respond to this challenge, it is necessary to exchange experiences between Churches in the entire region. In the fight against the scourge of the sexual abuse of minors and, in pursuit of its statutory goal of promoting local responsibility in local Churches, the PCPM expresses full solidarity with the Churches of Central and Eastern Europe in their yearning to prevent and confront the evils of the betrayal of young people in their region. A way of expressing this solidarity is to provide opportunities for Church leaders to come together and to learn from one another and from those who have particular experience in and/or have confronted the realities of the crisis in a spirit of communion and are resolved to secure a safe place for our young people in the Church. The Conference will also address prevention.

“Our Common Mission” will be attended by representatives of almost all the countries belonging to Central and Eastern Europe: Poland, Slovakia, Czech Republic, Ukraine, Romania, Croatia, Belarus, Hungary, Slovenia, Lithuania, Latvia, Estonia, Russia, Serbia, Montenegro, Kosovo, North Macedonia, Moldova, Albania, Bulgaria. From each country persons have been designated by the local Conferences of Bishops, including the coordinator or delegate of the Conference, and representatives of religious congregations. Pope Francis’ 2019 Motu proprio Vos estis lux mundi, which establishes a procedure for holding accountable Church leaders, will be the basic document for this conference.

Circumstances have changed since the PCPM was first established. We have identified two stages in most local Churches: first, the growing awareness that some members of the clergy have abused minors; second, it then becomes clear that the leadership of the Church has severely failed in their response to reported allegations. The concentrated developments in 2018, with allegations affecting high profile leaders in the Church, such as Cardinal McCarrick, and the negligence of ecclesial authorities in handling complaints, have significantly and adversely affected the trust and credibility in the leadership of the Church in the eyes of the public. The interpretation of the law in the civil arena, regarding holding a superior representing an ecclesiastical legal entity responsible for the act of a subordinate, has changed: namely, that it is possible to hold an ecclesiastical legal entity liable for the damage caused by the sexual abuse of a priest, even if it did not occur “within the framework of” the fulfilment of a cleric’s express canonical mission (i.e. teaching religion or administering the sacraments). Within the ecclesiastical arena, Pope Francis has determined that if bishops fail in their task, they shall be held accountable. The crisis calls for a theological and canonical reflection on the diocesan bishop’s responsibility to provide prevention, intervention, justice and healing.

In Central and Eastern European countries, the social and institutional awareness of the problems of child sexual abuse (CSA) is beginning to emerge. The Church is similarly awakening to this problem. There is still a strong culture of secrecy and mistrust, a consequence of the communist past. It is of great importance that the Conference is also taking this into account.

– To share experiences and to reflect on how the Churches of Central and Eastern Europe are dealing with the sexual abuse of minors by members of the clergy.

– To inspire Church leaders to assume their responsibility and to properly deal with CSA, promoting a correct response to crimes perpetrated by members of the clergy and to the serious mistakes made by Church leaders, and a strong engagement in favour of their prevention.

– To promote clearer understanding of the Holy See’s position on clerical CSA.

– To promote improved understanding between the offices of the Holy See regarding the particular assistance the Churches in this region need in dealing with clergy CSA.

– To create a common motivation in the area of creating safe Church environments in this region.

– To create a platform for collaboration and exchange on a regular basis between countries in the region.

– To promote communication of Church leaders with believers and with society.

– To create a coordinating team, a platform to foster ongoing collaboration and exchange on creating safe environments for minors.

The beginning, not the end

From the beginning, a strong, common opinion shared by the members of the PCPM, was that the area of best practices should include training, education and formation programs. Another crucial issue identified is to guarantee the right to information. Existing information is insufficient; there is especially a lack of information regarding jurisprudence. Among many different actions needed, providing the victims of sexual abuse with truth and justice is profoundly important. This is the reason why there needs to be minimum standards regarding the right to information. No local Church, no matter where it is situated, is immune from the consequences of the CSA tragedy. Lessons of responsibility, accountability and transparency must be learned from other jurisdictions. The topic of the right to information is still at a preliminary stage. It will therefore require a longer and deeper study so a thorough analysis of the functioning system can be made through the exchange of experience.

This clearly shows that this Conference is the beginning, not the end, of this activity.

It is intended to be the catalyst for joint initiatives and joint action.

Prof. Hanna Suchocka is a Professor of Constitutional Law and specialist in human rights at the University of Poznan. She is a former Prime Minister of the Republic of Poland (1992-1993), and Ambassador of Poland to the Holy See (2001-2013). In 2018, Pope Francis appointed Professor Suchocka for a second term to the Pontifical Commission for the Protection of Minors.