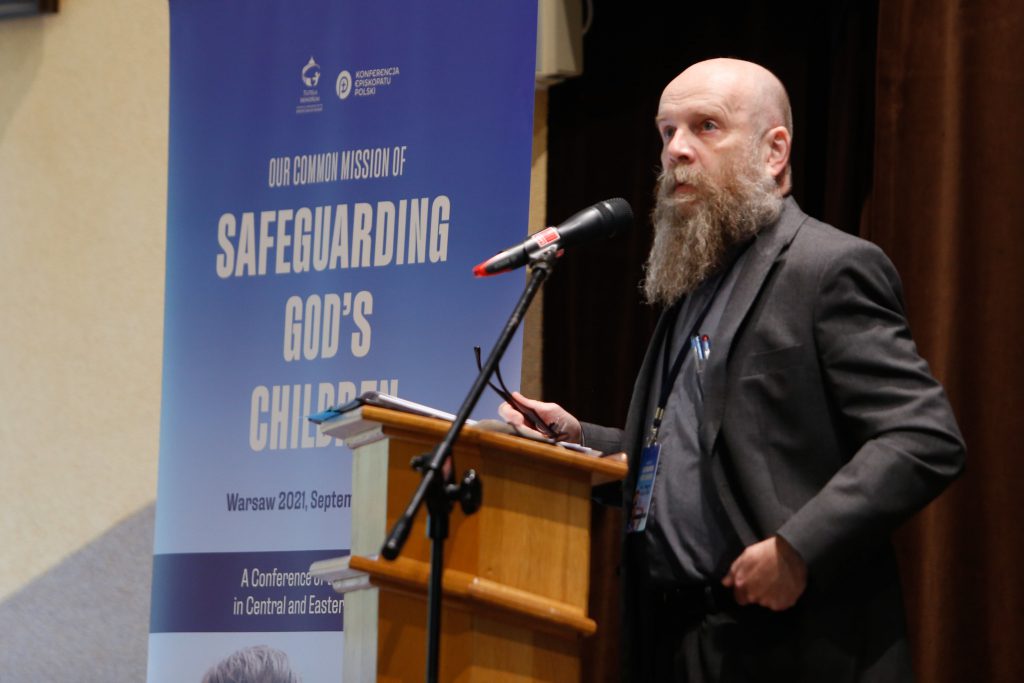 Fr. Grzegorz Strzelczyk: Distrust. Notes on the Theological Dimension of the Consequences of Sexual Abuse of Minors

Christianity is born out of Easter events, and therefore out of a direct experience of contact with Jesus who gathers the disciples, announces the coming of the Kingdom, dies, rises again and gives the Holy Spirit to the community. The act of faith of the people participating in the events primarily serves to transcend the events themselves in order to grasp their revealed component: this Jesus is the Christ, the Son of God, the Lamb who takes away the sins of the world. Soon, however, this immediacy is replaced by a mediated structure, in which the point of reference is no longer the event itself, but the testimony about the events and their meaning (which are inseparably linked).

The credibility of the witnesses becomes a major issue in this context. This was not lost on theologians in the early centuries. In the case of the personal failure of the integrity of a witness, when trust in them is lacking, recourse can be had not only to other witnesses – who are also potentially fallible – but also to the structure, which, in the final instance, even enjoys infallibility.

In the case of people who officially represent the Church we are dealing with a fusion of two aspects: the act of trust in a person is, or as an act of trust in institutional authority. The institutional position can strengthen the personal testimony and vice versa. The link here is not merely functional, but is of a theological nature, based both on the constitution of the Church and – in the case of ordained witnesses – on the grace of the sacrament of Holy Orders.

From the analysis of the cases we know of, we know that very often the institutional position of trust enjoyed by the perpetrators of the abuse made access to the victims – some form of abuse of trust is an indispensable component in most of the crimes in question. Moreover, if it is not usually a matter of a distorted proclamation of the faith itself in order to deliberately make the person chosen as a victim by the abuser even more defenceless (this also happens), the religious or theological dimension of this abuse of trust is present in the experience of the injured persons and their neighbours.

Faith, being mediated, is dragged into crisis by the collapse of the credibility of the witness. Scandal leads to distrust.

The harshness of the test, in which the trust and faith of the wounded and scandalised are placed, can be softened, at least in part, by the adequate response of the other members of the community and the institutional reaction of the Church. But we must be aware that the quality of the response also has a crucial significance for the faith of the many members of the Church, and thus in a sense for the very survival of the communities. Instead of reacting according to the suggestions of the Gospel, several  ecclesiastical superiors tried to limit the scandal by trying above all to stem the spread of news of the crimes.

The blatant dissociation between the evangelical rules preached by the pastors, together with the style of the not inconsiderable reactions of the superiors who were completely lacking in evangelical spirit towards the victims of abuse, perpetrated by priests and religious, caused, firstly in them, but then also in the communities, a further failure of trust. We can somehow speak here of a second-degree scandal that leads the injured persons and those close to them to further suffering (victimisation). And it is even more devastating for their faith and for the faith of other people touched by this institutional scandal. If the failure of a pastor’s personal witness could be somewhat filled by institutional or community witness, the collapse of institutional authority leaves a desert.

Insofar as the Church is, by its very nature, a community on journey of conversion, it must be expected that, when faced with a great evil, it will set out on the path of penance. The Church that proclaims the reconciliation given to men and women in Christ can only be credible if it truly knows how to celebrate penance in such a way that it leads to the authentic and profound transformation of the individuals and structures responsible. In this penitential journey there must be no lack of admission of guilt, accountability, explicitly pronounced apologies, the plea for forgiveness and the restoration of justice (reparation of damage, preventive adjustments to procedures, etc.).

If this does not take place when responsibility has already been investigated and established, instead of the restoration of trust, it leads to a third-level scandal. People affected first by the abuse itself, then by an ineffective or insensitive reaction of church institutions or the community, now suffer because of a wrong approach to reconciliation.