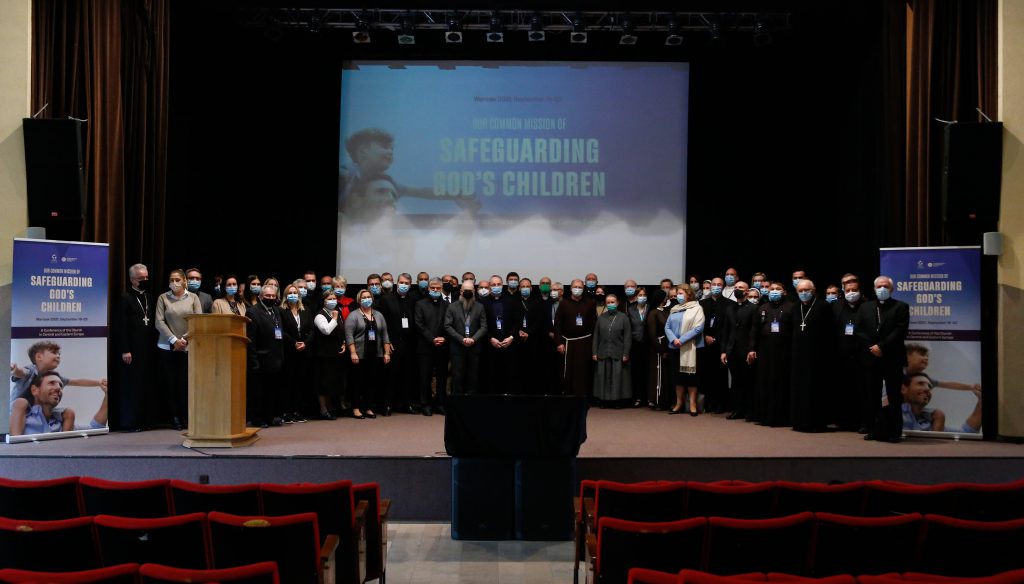 What’s next. Cooperation has just begun!

The conference “Our Common Mission of Safeguarding God’s Children” held on September 19-22 in Warsaw ended with a proposal for further cooperation among the Churches of Central and Eastern Europe in the broadly understood work of protecting vulnerable children, youth, and adults. The proposal was presented by Fr. Adam Żak, SJ, and Ewa Kusz, co-initiators of the Child Protection Center (CPC) in Krakow and co-organizers of the conference.
The intention to start a concrete cooperation after the conference was the initial intuition of the organizers, and the course of the conference, mutual listening and sincere sharing of experiences confirmed that this is also the expectation of the participants.

Levels of cooperation include accompanying and working with persons who have been wronged, building intervention and universal prevention systems, training, and rehabilitation of perpetrators. As noted during the conference, some Churches are already working on building prevention systems and improving how they respond to harm. Also, some places already practice accompanying and cooperating with victims. During the conference, examples of the Church’s work in several countries were presented. Examples included the Center for Fostering the Wellbeing of Vulnerable Persons at the Croatian Catholic University in Zagreb and the actions engaged in by the Church in Slovakia.

“We can mutually benefit from our experiences not only within one country, but also share them throughout our region. We also want to make it possible for the Churches in some post-Soviet countries whose delegates were not present at the conference to cooperate,” Fr. Adam Żak argues. “We also want to take advantage of the experience of the Anglophone Conference, which first brought together representatives of Churches in English-speaking countries that had previously addressed the topic of sexual abuse in the Church. In recent years some representatives from countries in our region have also participated in it,” he adds.

CPC has undertaken to coordinate at the first stage of the formation of this platform of cooperation, and the details of cooperation will be proposed, discussed, and agreed upon after the conference.

Fr. Adam Żak and Ewa Kusz also proposed that, according to the rules of the Synod, through the work in dioceses and episcopates, the topic of protection of minors and the voice of the victims of sexual abuse be included in the synodal path.