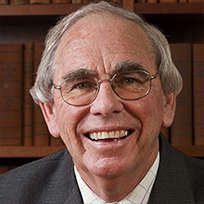 Former senior judge of the Court of Appeal of the Supreme Court of Western Australia, Neville Owen chaired the Truth Justice and Healing Council created by the Australian Catholic Church in order to respond the crisis of institutional sexual abuse. He is also a member of the Professional Standards Resources Group for the Archdiocese of Perth. Justice Owen has a long and distinguished 40-year career as a judge, barrister, solicitor, advocate and reformer. He has worked closely with many charities and educational bodies advising on governance and reform initiatives. From 1991 to 2010, he was a judge of the Supreme Court of Western Australia and from 2005 an inaugural member of the Court of Appeal following its establishment as a separate division of the Supreme Court. In April 2003, he completed the two-year Royal Commission into the collapse of the HIH Insurance group. He is an adjunct professor of law and visiting lecturer in law at both the University of Western Australia and the University of Notre Dame Australia (UNDA). He has been a member of the board of governors of UNDA almost since its inception and served a term as chancellor of the university. He remains on its board of trustees. He is also actively involved within the education sector and he has extensive experience in schools’ governance and in promoting anti-abuse policies through education and permanent formation. In 2018, Pope Francis appointed him member of the Pontifical Commission for the Protection of Minors, where he has moderated the group of experts working on safeguarding guidelines and norms.

Not only the Holy Father, but also civil society and state see the need to step in when the church insufficiently protects the most vulnerable and when abuse is covered up. This has happened in a number of countries, among them Australia. The response by the Catholic Church to that State intervention provides an opportunity for other episcopal conferences to reflect upon.

For five years (2013 to 2017) the devastating impact of the sexual abuse of children by clerics and others within the Catholic Church in Australia was the subject of intense scrutiny in a Royal Commission, the most powerful form of inquiry in the Australian legal system. It laid bare the extensive history of the Church in the sexual abuse of children in its institutions. But of least equal significance, it exposed the catastrophic failure of the Church leadership properly, or at all, to deal with the tragedy. The absence of responsibility and accountability and responsibility was made plain for all to see.

Victims and the faithful have demanded that the secular authorities step in and governments have responded to that call.

The presentation will demonstrate the ways in which governments in Australia have acted to effect changes that enforce accountability and that have fundamentally altered the way in which the Church interacts with the secular authorities.

No local Church, wherever it is situated, is immune from the consequences of the child sexual abuse tragedy. Lessons of responsibility, accountability and transparency from other jurisdictions, including Australia, must be learned.